David Maldonado is a Houston-based multidisciplinary artist, recording singer songwriter and the founder of Pan Dulce HTX a non-profit that collaborates with artists, musicians and poets to bring the arts to the local community.

Drawing inspiration from folk art, street culture and the Mexican muralist movement, David has developed a well recognized style and this has led him to work with companies and brands such as Adidas, The Houston Texans, The Astros, The Houston Maritime Museum, Jack Daniels, The National Institute of Aerospace and NASA. Sold to The Jones Family Sebastien “Mr. D” Boileau was born in Versailles France in 1973 and was influenced by the American Pop Art and early Graffiti movement of the 60s, 70s, and early 80s and began his artistic endeavors in Paris in 1987 at the age of 14.

In 1989, Mr. D created his first piece of canvas art, as well as his first large-scale mural.

In the early-90s he began to travel the world, painting in remote countries like Sierra Leone, Tunisia, Senegal, and many western destinations.

In 1995, Mr. D was invited to participate in his first contemporary art group show in Paris.

Mr. D immigrated to the United States in 1998 and in 2000 launched what is now a highly successful “Street Art inspired” mural company in Houston Texas, “Eyeful Art Murals and Designs”, serving both the public and private sectors.

Mr. D describes his style as “Canpressionism” a neo-impressionist texture primarily done with spray paint and street art techniques such as “tagging and paint dripping” creating a “urban impressionism” like texture.

“After 30 years as an artist, the stigma in regards to Urban Art remains, and I want to change people’s perception. My artistic and personal goal is to use my skills, experience, and credibility to demonstrate an “Urban Art as Fine Art” approach while connecting with people around me; Art is for me an emotion more than an aesthetic outcome”. Marjon is a classically trained fine artist whose work depicts lifelike subjects in enchanted surroundings. The models are sinuous and classically beautiful, with luminescent skin and flowing hair, often immersed in natural elements such as smoke, water, or woods. Across her paintings, you’ll find elements embedded that hint at fantasy: a twinkling star, an entwining, mysterious forest, or creatures that play as friends and foe. Marjon’s choice techniques as an artist produce works that emanate from the canvas, with a quality akin to the memory of a story you knew as a child. Dandee is a self-taught artist who prioritizes the bold, graphic use of color in meticulously designed geometrical patterns. Dandee is also an established curator in Houston, who helped lay the foundation for the thriving local art scene even as it first emerged, by organizing exhibits and fostering community among creatives. In 2010, he curated an all-female artist show, and it was then he met Marjon. In addition to Marjon’s work as an artist and illustrator, she is the co-founder of the W.I.D.E. School, a progressive learning center for children, located just outside of Sugar Land. She serves as the director of the art program, as well as creative director of the school’s educational program. Dandee works alongside her, educating children as young as 18 months old in the foundational study of art. The program, the Yellow House Atelier, continues to grow as a hub of creative innovation. Their students have hosted a range of artists, including photographers, composers, painters, sculptors, and dancers from around the city. Hand in hand, the students at the teachers co-create the journey of learning, paving the many ways art can be used as a medium of education. Shelbi Nicole is a Houston based artist, designer, and influencer, with fine art paintings both collected and exhibited worldwide. She also manages a creative firm called Shelbi Nicole Designs that has helped create art for over 100 Houston businesses. She works with the City of Houston on a number of public art projects and was one of the original artists selected to paint electrical boxes for the Mini Murals Project. In 2014 Houston Press named her one of “Houston’s Top 10 Painters.”

Shelbi is also a creative director for RozenDove Luxury Scarves and designs textiles for the brand. Her most recent endeavor is launching her first two locations of The Whimsy World, which is an interactive art experience that has had wild success in 2019.

When she’s not painting she serves as a social ambassador for #NasaSocial, The Greater Houston Partnership, #HoustonInsider for Visit Houston and helps raise funds for a number of non profits through art sales. An internationally collected artist best known for her pop flare and electric color palettes – California born, Mississippi raised, and Houston, Texas based, she is completely self-taught with an addiction to color.

Christened by Modern Luxury Houston as “The Innovator” in their December 2018 feature, The Art of Living, along with invitations to show at the Florence Biennale, Spectrum Miami, and ArtExpo NY, the future is looking bright for Fabbri.

Born in Los Angeles, Fabbri discovered her passion for the arts at an early age. She received her first commission at the age of 16, which sparked her passionate pursuit to becoming a full time artist. Fabbri graduated from Mississippi State University in 2005 with a B.A. in Marketing. After her first semester as an art major, she decided a business degree was a better foundation for entrepreneurship. Fabbri, is a completely self taught artist. Fabbri moved to Houston, TX, in 2010 to further her artistic career. In an effort to loosen up her painting style she assigned herself the exploration of abstract art. With no obvious right or wrong, she explored the meaning of color, texture, balance and composition. Falling in love with the freedom of abstract art, this became her focus for the next seven years.

In 2012, she was invited to show at the Bayou City Art Festival in Houston and in 2013 she was invited to show at the Houston Fine Art Festival and the Austin Fine Art Festival. Fabbri debuted the first of two abstract series, Color Fusion, with her first solo show in 2014. Co-hosted by fashion design house Billy Reid, this show was a wild success with over 150 attendees and a 50% sold out show, followed by the release another successful abstract series, Ripple In Time. Paintings from this series were previously selected to be a part of a Clint Willour juried exhibition as well as featured in the Houston Chronicle’s 2018 editorial project, The Gray Couch Project.

In 2017, Fabbri started Table 22 – a pop up, art infused, culinary experience with guest chefs from Houston’s best. This same year, Fabbri unveiled her much anticipated contemporary realism series, Inversion. Inspired by a painting she completed in 2000, the electric color palettes, playful details, and refined techniques in this series set the stage for her most successful series to date. She has painted, pieces from this series, live at private events for Baccarat, Thrillist, Dos Equis, the Four Seasons and various charity fundraisers. In 2017, the assistant curator for the Museum of Contemporary Art, Los Angeles, Anna Katz, selected Fabbri to participate in a group exhibition in Houston, Celebrating Texas Art; then again in 2018 by, Jennie Goldstein, the assistant curator, for the Whitney in NY.

Sold to The Jones Family Erick Sandlin is an abstract artist from Houston, Texas.

His works are made exclusively with spray paint on canvas and other surfaces. His often frenetic and explosive pieces trigger a plethora of emotions in audiences, and have attracted nationwide attention from collectors, gallerists, and fellow artists. 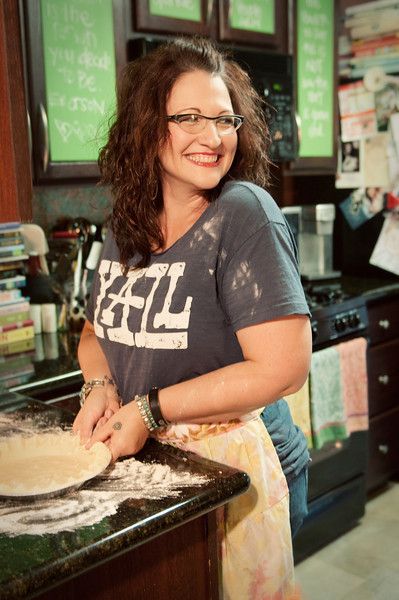 i grew up in our family business, from the age of 12, royers round top cafe & catering, but recently stepped away to follow God’s new direction in my life. my husband and i have royers pie haven in round top.

royers pie haven is a place to rest, great food, drink & relationships.  God uses something so small as PIE to build relationships and further HIS kingdom. in 2016 we went to brave girls camp in Idaho & knew that we were supposed to take this curriculum & share it with the world.  we hold yearly camps & workshops for men, youth and women to gather, rest, to strip back the layers added by the earthly world and get back to who they were originally created to be. you can find out more over on gatherngrace.com.  we recently bought 7 acres, all things acres & moved our commercial kitchen, bake shop there. this is where we bake most of the pies for royers round top cafe, royers pie haven, royers alamo kitchen and our mail order.

…When you get that call from a friend, “Hey Tara, we have a horse that has hand prints on it from the families that attending Candlelighters Camp Cliff at Camp For All. All of the hand prints and colors represent a type of cancer. We thought it would be great if you could add words and scripture to it!” Of course, I said yes before I truly knew the magnitude of this gift. Danna Lynde saw the horse and screamed, “I’ve always wanted to paint one of these!!!” I knew I couldn’t do it alone, so Danna jumped right in. Marco Guerra is a Houston-based artist who grew up in the small ranching town of Hebbronville, Texas and studied Communication Arts at The University of Texas at San Antonio.

His work has been exhibited throughout Texas and his woodcuts are in the collection of Saint Arnold Brewing Company. Marco is the first Houston artist included in the renowned Chicano Art collection of Cheech Marin. Jessica Jill Guerra is a Houston-based fine artist and designer with a pure love of expressing beauty, from printmaking on lush paper and textiles, to painting outdoor civic and public art.

Her work is recognized for its bold graphic florals, patterns, and inky woodcut impressions. Jessica’s creative work is guided by her substance and technical illustration detail, built upon years of painting architectural illustrations that gave her multidisciplinary skills and expertise in traditional mediums. Sold to The Hildebrand Family Gino Vian is a Houston artist and designer. He creates impactful spaces using mostly vintage reclaimed materials. He is a collector of curious goods and unique pieces which he often refurbishes and incorporates into his design projects. Along with his wife, he owns Merchant And Market, a design / build / shop in the Montrose neighborhood. The shop offers their one-of-a-kind finds and also serves as a walk-through portfolio of Gino’s work and outside the box aesthetic. His work can be seen at many of the unique properties, bars & restaurants he has designed throughout the city and beyond. Gino is a self-taught artist who draws inspiration from his everyday surroundings. He credits his unique style to his diverse, multicultural upbringing. He’s equal parts madman and creative genius who thinks good design is a custom space that provokes feeling & emotion. That’s a wrap on #PinOak75 See y’all next year

Pin Oak Ribbon Room Drive Thru. We are all about c

Get your consult set up now for Week III with @blu

Congratulations to Ilana Halpern and Prosecco🍾,

Don’t forget that you can also watch the beautif

WE DID IT! We finally made it to #PinOak75! What a

Thank you for an amazing year! We are so excited t

Last year, many of you asked for a level that woul

Pin Oak is the oldest nonprofit partner of Texas C